Who Is Liable for Injuries From an Autonomous Vehicle Accident? 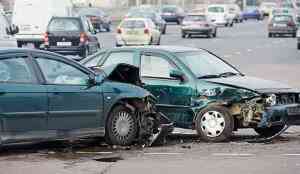 If you have read any recent technology news in our country, then you are probably familiar with the term “autonomous vehicle,” or AV. An autonomous vehicle is also known as a self-driving vehicle. Ridesharing companies such as Uber want to start incorporating this new technology into their services in certain states. However, in the past few years since AVs have been introduced, there have been a few deadly accidents involving these special cars. Experts are now asking who is liable if there are injuries or fatalities in an autonomous vehicle accident.

How Can Liability Be Determined in an Autonomous Vehicle Accident?

When a human is not behind the wheel of a car involved in an accident, it is difficult to determine who is at fault if that car caused an injury or fatality. Since this technology is still being developed, and since there are only a few accidents to base facts and evidence off of, the answer is still not clear.

In March, a pedestrian was fatally hit by an autonomous vehicle in Arizona. After seeing a video of the crash, the city’s law enforcement claimed that it would have been difficult to avoid the collision based on the specific circumstances of the event. Volvo, who has manufactured and supplied many of these self-driving vehicles, could be potentially liable for the accident if litigation occurred. Volvo admitted that its vehicle was involved in this crash, but that the software controlling the vehicle was not its own. In 2015, Volvo stated that they would accept full liability when one of its AVs, equipped with the company’s own self-driving system, crashed while in autonomous mode.

Car accident litigation for autonomous vehicles could involve design or manufacturing defects. A plaintiff would have to prove that a defect directly caused the injury or fatality. Besides this claim, however, any other litigation involving AVs so far have been handled behind closed doors. Accidents like the Arizona tragedy are still being investigated. Litigation will depend on the certain circumstances of the event.

If you have been involved in an accident with an autonomous vehicle, then you will want an attorney to help you answer questions you might have about recovering compensation. Contact Steve Gnau today for a free consultation.